This new venture is really us just dipping our toes into this market. We came across a lovely 8 year old grey mare in 2018 that was in need of a new home, she was completely wild, having never been handled and had been living on a hill in Wicklow with a herd of mares. She was however beautifully bred and floated across the field. (Grey) Kitty was hastily purchased before David changed his mind and came home that weekend. Then the fun started! She will always be wary and nervous but she can now at least be handled, and she defiantly has a soft spot for David.

She is By Clover Brigade out of a Cruising Mare, who is a half sister to Mark Kyles Olympic Horse Step in Time. In July 2018 we put her in foal to Ramiro B and on 19th June 2019 she had a beautiful bay filly, called Kittens! It was too late to get her in foal again in 2019, she has just recently scanned in foal to Road To Happiness and we can’t wait to see what she produces in 2021.

Fast forward to 2020 and Georgette still had a hankering for another broodmare, when fate intervened once again. (Bay) Kitty joined the family. We broke and sold Kitty as a 5 year old to Fiona England in England. She rang to say that she felt it was time to retire her and would we like her back on a lease. Georgette said yes, and then went to talk to David! She returned home in March 2020 and she scanned in foal to Ramiro B in late April and we are beyond excited to see her offspring.

She is by Shannondale Sarco also out of a cruising mare. She is diminutive at only 15.1h but has an amazing jump and temperament and Georgette has always had a soft spot for her. 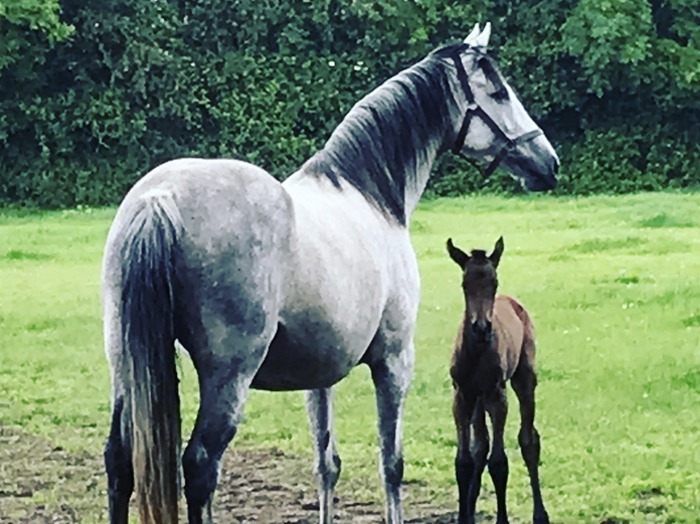 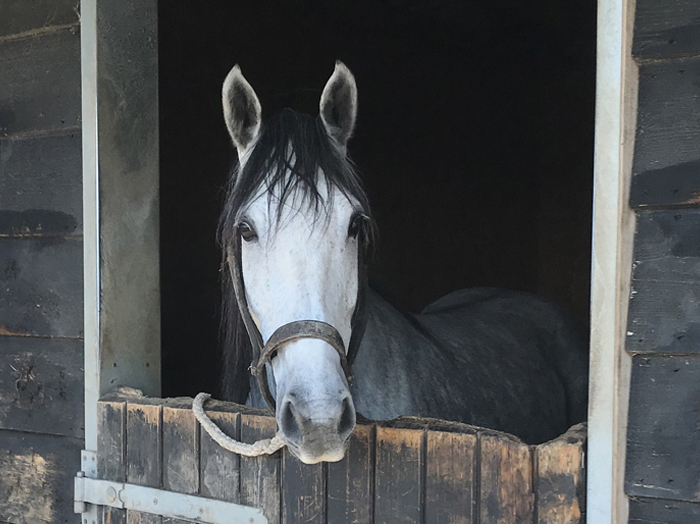 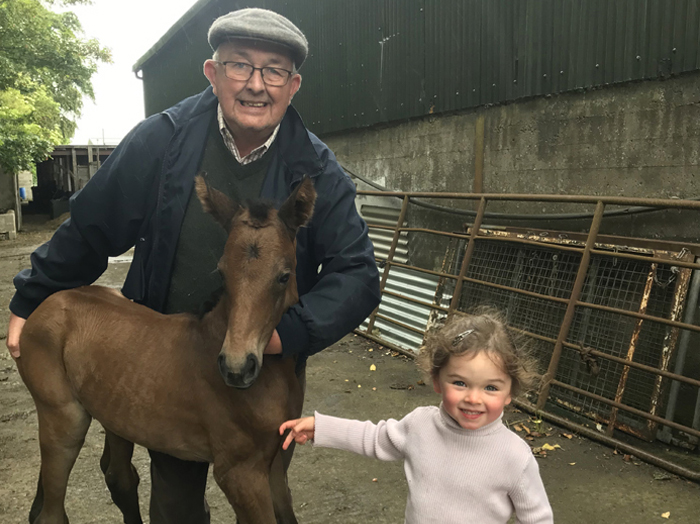 We are very lucky that these two mares have been able to join David’s fathers herd of broodmares, where they live out (with rugs in the winter!) And the foals will be left to mature with there age compatriots until they are 3, when hopefully we will see what they will become. David’s father has bred TB’s including Moyle Park and Sports horses, including Merrywell Tradition who is currently about to go 3* this year with Harry Meade. There is a 3 year old half brother to him in the field at the moment so watch this space. 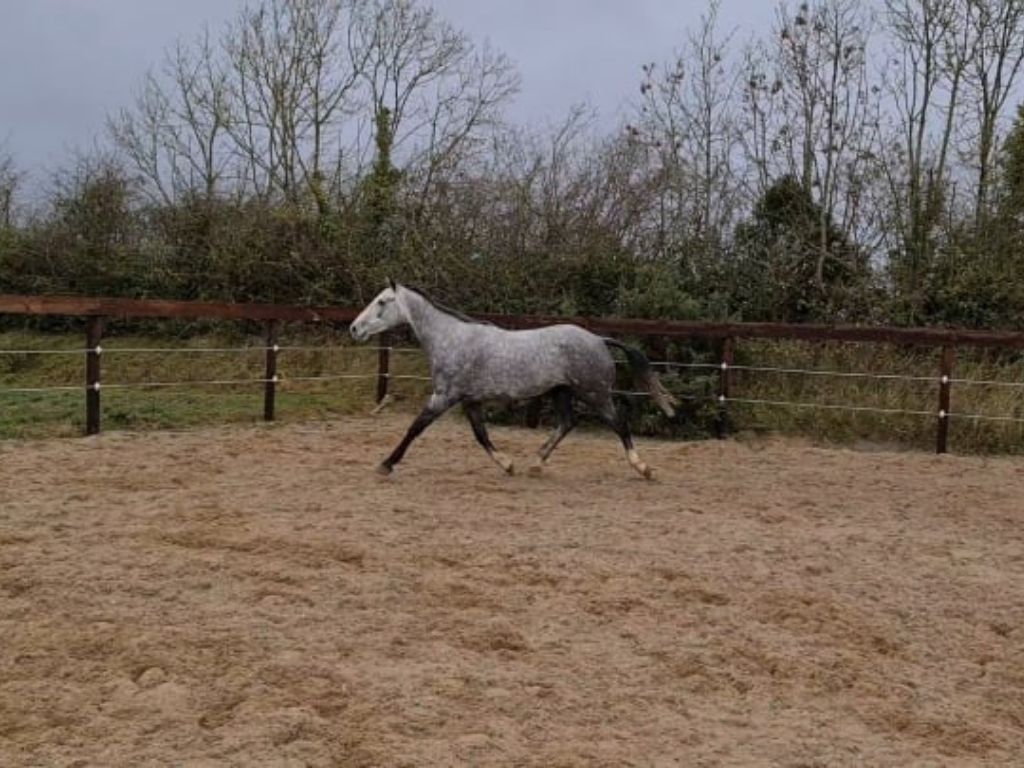 JD is a genuine big Gentleman’s ride
17.2hh 6yo Gelding 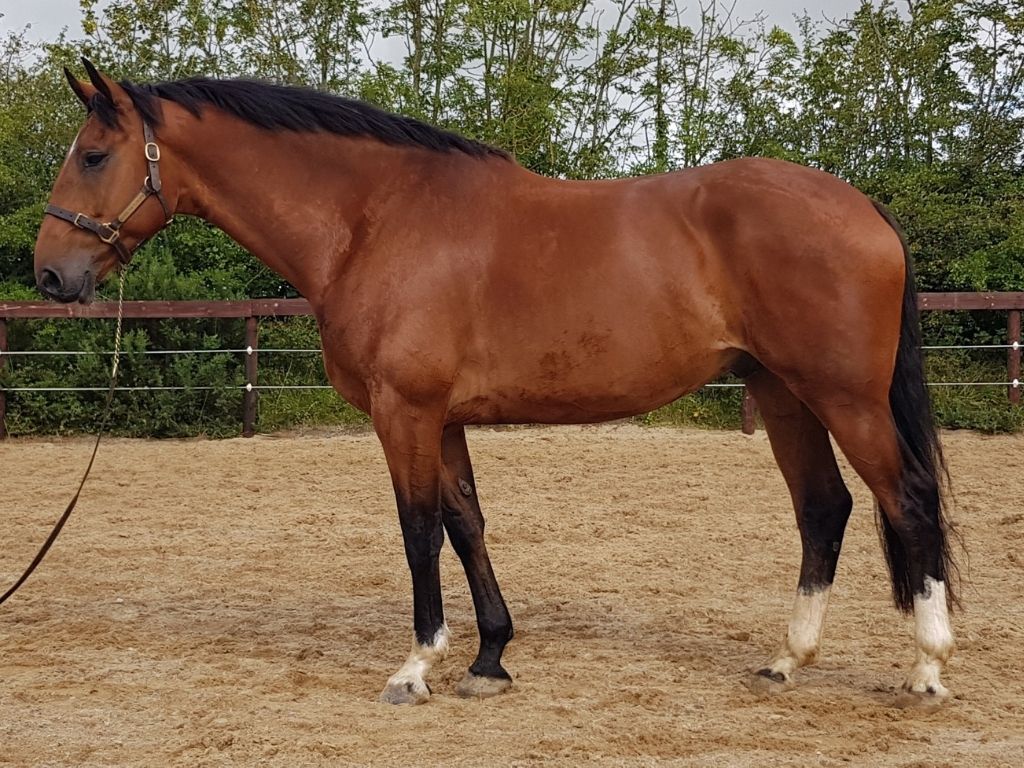 Duke has done it all
Hunted 3 seasons 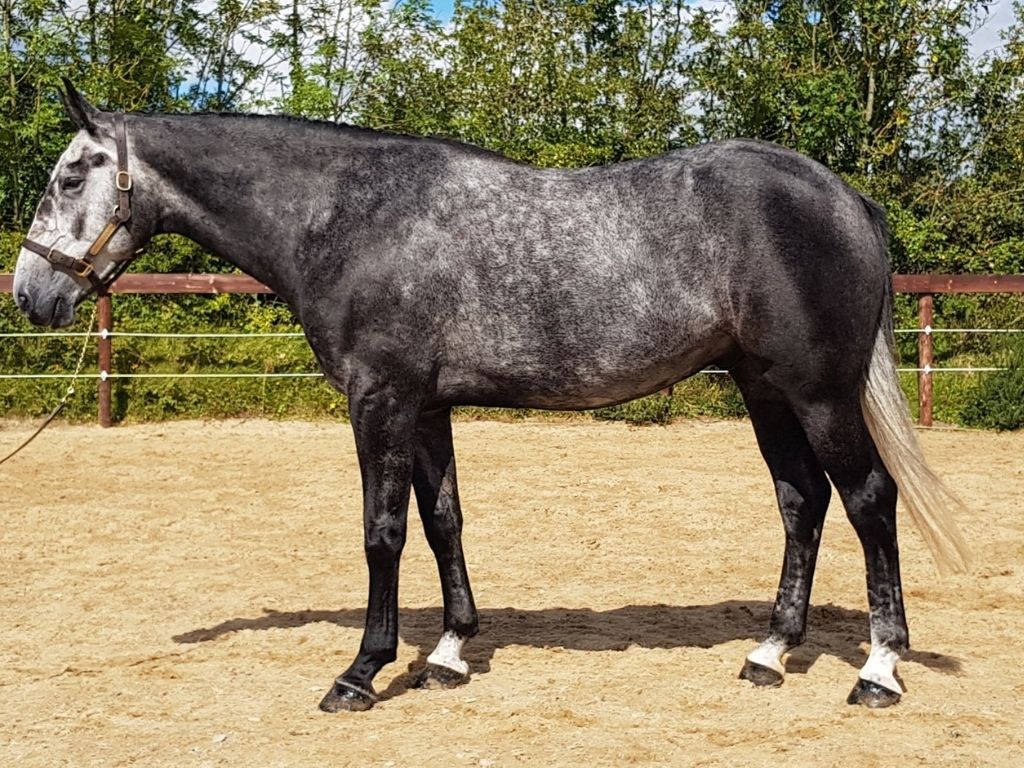